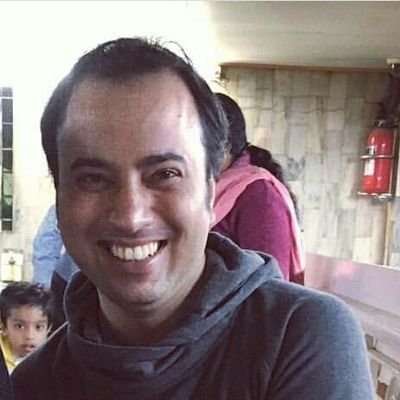 According to conventional wisdom, highly successful people have three things in common: motivation, ability, and opportunity. If we want to succeed, we need a combination of hard work, talent, and luck. The story of Danny Shader and David Hornik highlights a fourth ingredient, one that’s critical but often neglected: success depends heavily on how we approach our interactions with other people.

While the tagline for some editions of Give and Take by Adam Grant, says “A Revolutionary Approach to Success”, some editions say “Why Helping Others Boosts our Success”. The second tagline doesn’t leave much secrets on what the book is about. However, do 300+ pages pack in enough in them? Well yes, they do. 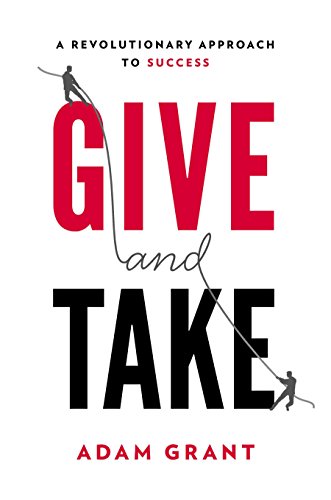 The key takeaway for me from this book is considerable research that Adam Grant showcases proving that those who give more actually succeed more than those who are just takers. However, you can't be a pushover. It's about giving, but also understanding that when you are being (routinely) taken advantage of. Also, you too can ask for a favor and also need to learn the power of saying no.

First of all, it is clear that Adam Grant is passionate about this topic - the research, the insights and the studies quoted are not persuasive but also moving. He is not writing just because he hasn’t had a book in last few years. In addition, Adam has a knack of structuring the chapters - setting the context, asking you questions, telling you what you should learn, excellent storytelling, use bit of flitting technique to move between two-three stories in a chapter and clean way to conclude them. Adam Grant has a fascinating way of unfolding these stories - a little suspense, a question half-way through, a break and then unfolding the answer. However, the editing is slightly lax and the book would be an even-better read if it was pruned about 20%. Regardless of slightly slow meandering passages it still is a must-read. Give or Take is among the most inspiring books I have read recently - something I am taking a lot from. It stacks right at the top with The Outliers, Thinking Fast and Slow, Influence - The Psychology of Persuasion, Small Data The Tiny Clues That Uncover Huge Trends Kindle Edition.

The opening chapter, Good Returns, includes a surprise story of who ends up at the top of achievement among givers, takers, and matchers. As this has been quoted often in the media, so let me say it is Givers (though they end at the bottom of the success ladder as well). This sets the context perfectly. The chapter also includes a story about Abraham Lincoln, his approach in life that led to his decisions and eventual success.

In the second chapter, The Peacock and the Panda, the description of Lay [Enron Chief] seemed slightly contrived but did set up the chapter to explain takers, matchers, and givers. Adam Rifkin’s story (referenced several times in the following chapters) shines through. The chapter also includes “The Five Minutes” rule which is something I am going to live by. The chapter also had a term that I am carrying with me - Pronia. What does Pronia mean? Well, Pronia means the delusional belief that other people are plotting your well-being, or saying nice things about you behind your back. All in all a great chapter.

Chapter 3 is titled The Ripple Effect and includes several stories - some convincing and some not so convincing. Despite the mixed nature of the chapter, this is by far the best chapter of the book. At the start of the chapter, while the story of George Meyers (writer of Simpsons) shines through, Frank Lloyd Wright’s (a famed architect) story flounders. I had trouble understand why people work with Wright if he was such a taker? Also, the price he paid in his career also seems very little. Next comes the Huckman and Pisano data on the success of doctors at a hospital compared to their overall career (all hospitals). Their study and the passage are both fascinating and provide insights on how star players succeed. Continuing with the them, immediately after this the chapter covers an eye opening study by Boris Groysberg from the financial sector conducted over nine-year period at seventy-eight different firms about star analysts. As a follow up, next part of the chapter refers to who you should hire, keep and who is likely to be more successful and in what situations. The chapter also includes a useful term from NASA - Expedition Behavior. It is how you look after your teammates and prioritize the greater good. The chapter then moves on to Jonas Salk and his teams work on the vaccine for Polio. Jonas was ungrateful to not only his team which included but also the contributions of Enders, Robbins, and Weller who had won a Nobel Prize a year earlier for their groundbreaking work that enabled Salk’s team to produce the vaccine. He paid a price in his career with his ‘taker’ tendencies. Unlike Wright - this example hits the right notes. Adam Grant then uses well thought off examples of toddlers, gift registry, and couples sharing household chores. Finally, the chapter includes two more terms: Responsibility bias and Perspective gap. Great, great chapter.

Finding the Diamond in the Rough - The Fact and Fiction of Recognizing Potential is chapter 4. This is a topic I am passionate about and the chapter starts off perfectly by talking of a young man who had just recently immigrated to Israel after a doctorate in America and his technique of predicting the success in potential Army recruits in Israel. It then talks of a great accounting teacher on how he spotted students who would be successful. Finally, the chapter covers how good athletes and pianists were spotted and the role their early coaches played in their formation. The secret has two parts. Part one has roots in The Talent Code by Daniel Coyle, but Adam Grant builds on top of this with part two. Part two is based on the concept of self fulfilling prophecy that teachers, parents and children tell themselves. Finally, Adam Grant talks about what to do if you find yourself investing in talent that is not performing, and how to avoid sunk costs fallacy from impacting your time. This was a good chapter.

Chapter 5 is titled The Power of Powerless Communication - How to be Modest and Influence People. It has a fantastic quote at the start:

This particular chapter is about vulnerability. Adam Grant talks about what makes us persuade others and, it is a little different from what Robert Cialdini has previously told us (except perhaps Reciprocity). Adam Grant emphasizes the need to be humble, real, interested in others, smiling, helpful and getting others to speak. Another key advice that Adam Grant makes is to ask for advice and to not offend others. This chapter didn’t really fly as seamlessly as Chapter 3 did. One question that came was that if interviewers and audiences value confidence words, why not using use these? The next chapters do not really build on this either. Overall, a weak chapter.

The next 3 chapters were about pragmatism and how not to get swamped or cheated by giving. Starting off with Chapter 6 which is titled, The Art of Motivation Maintenance - Why some Givers Burn Out but Others are on Fire and starts off with this quote:

The chapter starts off with a study done by a Canadian psychologist of most prolific Canadian givers. These givers rank high on other-interest as well as self-interest. This chapter is an eye-opener. It is not at all what I expected it to be. It is actually remarkably different. Perhaps the most important takeaway from the chapter was Sprinkler or Clunker question. If you could help/ volunteer/ do acts of empathy would you be happier if you do them all those in a chunk of say 2 hours every week or spread it throughout the week? The answer from research would surprise you. Chapter 7 is titled Chump Change. This chapter builds on the previous chapter and suggests some solid techniques on how to not be short charged by your giving nature. Adam Grant talks about situations where givers feel like they are being short charged but their empathy doesn’t allow them to stop giving. The chapter includes tit for tat - the much-cited research from game theory in last few years. It pretty much draws the same conclusions as several books have previously done - two tits for one tat or generous giving is the winning strategy. Around page 200, Adam Grant starts with what is perhaps the single best advice on negotiation from the book - a mix of advocacy and relational accounts. I will not mention it in full here - however, I urge you to get the book just for this. Chapter 8 is titled The Scrooge Shift and is among the most interesting chapters of the book. It talks about what situations enable us to give and how to create environments and networks to enable gifting and the psychology behind gifting. Robert Cialdini makes an appearance here, as do Freecycle, Adam Rifkin, and the Reciprocity Ring. The key takeaway from the chapter is that takers are more likely to give when it is public. It also talks about how people are likely to discover their giving nature once they start giving even if it not for altruistic motives. This is a fascinating chapter that those who are designing social networks - online or offline. Chapter 9 includes concluding remarks. The book finishes with several online resources to help you develop a giving nature.

Overall the book has tonnes of insights and life advice. There is a lot that I am taking with me and the length of this review also tells us that. I place this book in my 10 favorite books of all time. Loved it totally. Life changing!

Rating I gave on Goodreads: 5/5 How did I read this book: Kindle How long did it take to finish to book: 4 and a half hours, in multiple sittings over 4 days

Some of my favorite excerpts and quotes (full highlights here: